Gulf Oysters are healthy and tasty

We’re excited to celebrate National Oyster Day today! Not only are Gulf oysters absolutely delicious, but the health benefits of oysters are plentiful. Gulf oysters are in season year-round but they are largest between October and April.

Of over 150 varieties of oysters harvested and sold in North America, 70% of oysters produced in the United States are from the Gulf Coast. If you’re lucky enough to live near Louisiana waters, you can get oysters at the peak of freshness pretty much any time you desire. Here are the reasons why oysters are one of our favorite kinds of Louisiana Seafood out there! 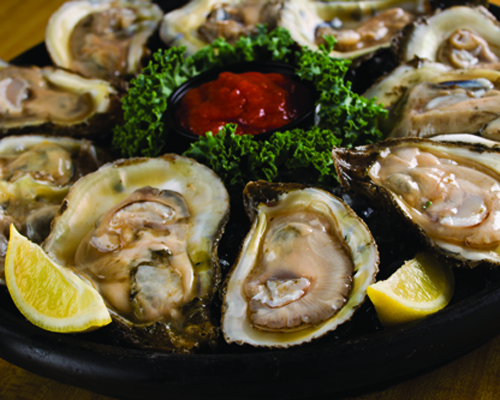 USDA Dietary Guidelines encourage Americans to eat seafood twice per week to support health and nutrition. Oysters are packed with high-quality protein, essential minerals like zinc, iron, and selenium; and contain vitamins such as vitamin C and vitamin B-12. They contain other minerals that help our immune system, and have anti-inflammatory and anti-oxidant properties. The enzymes activitated by oysters can also help fight cardiovascular disease and help with nerve function, and the magnesium and potassium in the mollusks can contribute to lower blood pressure.

ARE OYSTERS AN APHRODISIAC?

Oysters contain more zinc per serving than any other food, and zinc helps the body produce testosterone. This hormone helps regulate libido and sexual function in both women and men, and severe cases of zinc deficiency can lead to impotence. Zinc is also known to stabilize mood, and may even reduce feelings of anger or depression. As far as being able to increase your romantic desire, few scientific studies have been able to prove that oysters are a catalyst. But while they may not actually put you “in the mood,” they will most likely increase your good mood!  And the power of suggestion (in this case, believing that oysters are an aphrodisiac) can be stronger than you think.

HOW TO EAT GULF OYSTERS

Oysters lend themselves to many different recipes which showcase their flavor, whether raw, fried, charbroiled, stewed or baked or cooked in a variety of dishes. They’re easier than you think to prepare home, in Seafood Gumbo with Oysters or even grilling charbroiled oysters outside. Deanie’s Seafood features raw oysters, charbroiled, fired oysters–in Poboys, combinations platters or added to most any dish–and recently added New Orleans Barbeque Oysters to the menu at both our French Quarter and Bucktown locations.

{{cta(‘8a0341e8-456e-4647-800c-c24877d0a193′,’justifyleft’)}}Come visit our Seafood Market for National Oyster Day and pick up some fresh Gulf oysters to prepare at home, or visit www.shopdeanies.com to order them shipped overnight anywhere in the continental United States.

The challenges facing Louisiana’s oysters led the Louisiana Department of Wildlife & Fisheries to recommend a complete season closure in parts of the state, including Calcasieu Lake, Sabine Lake, Barataria Bay and the primary public grounds south of the Mississippi River-Gulf Outlet (MR-GO). The strain on the oyster stock, which has been below the long-term average since 2005, means consumers, retailers and restaurateurs may continue to pay a premium for this Louisiana delicacy as the annual harvests are smaller.