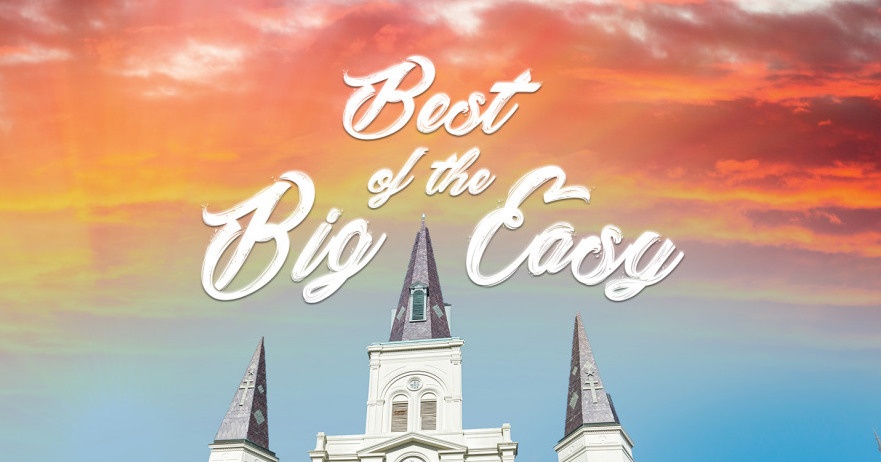 With more than 1,400 restaurants to compete with in a city ranked in the top 100 for “Best Food Destinations of 2017,” we’re honored to be recognized for our dedication to preparing the best and freshest seafood available every single day.

“Your out-of-town guests are probably going to want to spend a considerable amount of time in the French Quarter, and they’re going to ask you where to eat traditional New Orleans cuisine. Though you may prefer that they dine at the hottest new fusion restaurants in town, they want to know what all of this gumbo, jambalaya, and crawfish etouffée is about. So, send them over to Deanie’s, which is perfectly placed far enough away from Bourbon Street, yet still close to the action,” wrote Where Y’at Writer and Events Editor Emily Hingle.

In regards to the #1 Seafood Restaurant status, Where Y’at Magazine says, “Since Deanie’s has been recognized as a New Orleans favorite since 1961, you know their seafood is to die for, especially their seafood platter.”

PAST AWARDS AND ACCOLADES

In 2017, Deanie’s was selected in the top 3 for “Best Seafood Restaurant” in New Orleans, and “Best Place to get Boiled Seafood” by Gambit’s Best of New Orleans Readers Choice Awards, which has recognized Deanie’s consecutively for the past 17 years in nine categories, including “Best Place for Boiled Seafood,” “Best Oyster Po-Boy” and “Best BBQ Shrimp.”

Deanie’s is proud to be a TripAdvisor “Hall of Fame” member and has earned TripAdvisor’s Certificate of Excellence for the past seven years.  Our blog is ranked #23 in Feedspot’s “Best Seafood Blogs” on the planet, which we consider quite an honor!

Deanie’s Seafood Restaurants and Market have been known for serving hearty portions of the best boiled, broiled and fried seafood in New Orleans prepared in our signature Creole seasonings for more than 50 years. Deanie’s Seafood was the first restaurant and seafood market in the Greater New Orleans region to have earned Louisiana Wild Seafood Certification from the Louisiana Department of Wildlife and Fisheries in 2014.

Deanie’s operates a thriving seafood market and catering business as well as three successful restaurants in the New Orleans area, the original location at 1713 Lake Ave. in the quaint fishing village of Bucktown (Metairie), a second location in the heart of the French Quarter, located at 841 Iberville St, and a third location which has opened in the Garden District on historic Magazine Street. To learn more about Deanie’s Seafood, visit us at www.deanies.com.