What makes Louisiana seafood so important to New Orleans

Anyone who has grown up in Louisiana can tell you that locals do not just love seafood, we love local seafood. Seafood has always been an important aspect of Louisiana’s heritage, and it is commonly found on the table in local households. The abundance of high quality seafood in the area is a huge part of the fascination with New Orleans cuisine.

Not only do Louisiana locals care about where the seafood on their plate comes from, so do consumers nationally. According to Foodable, a restaurant and hospitality-focused digital network, “seafood consumption” has seen a 49.2% increase in online mentions year over year, and consumers want to know where their seafood is sourced.

Serving seafood that is fresh and locally harvested will always have a better taste than seafood that has been sitting in a freezer for a significant period of time, or worse yet shipped frozen and left out to thaw at a grocery store fish counter. Rather than adding a ton of spices to draw out the flavor, chefs can create healthier dishes with fresh seafood that delivers natural flavors to a dish on its own. 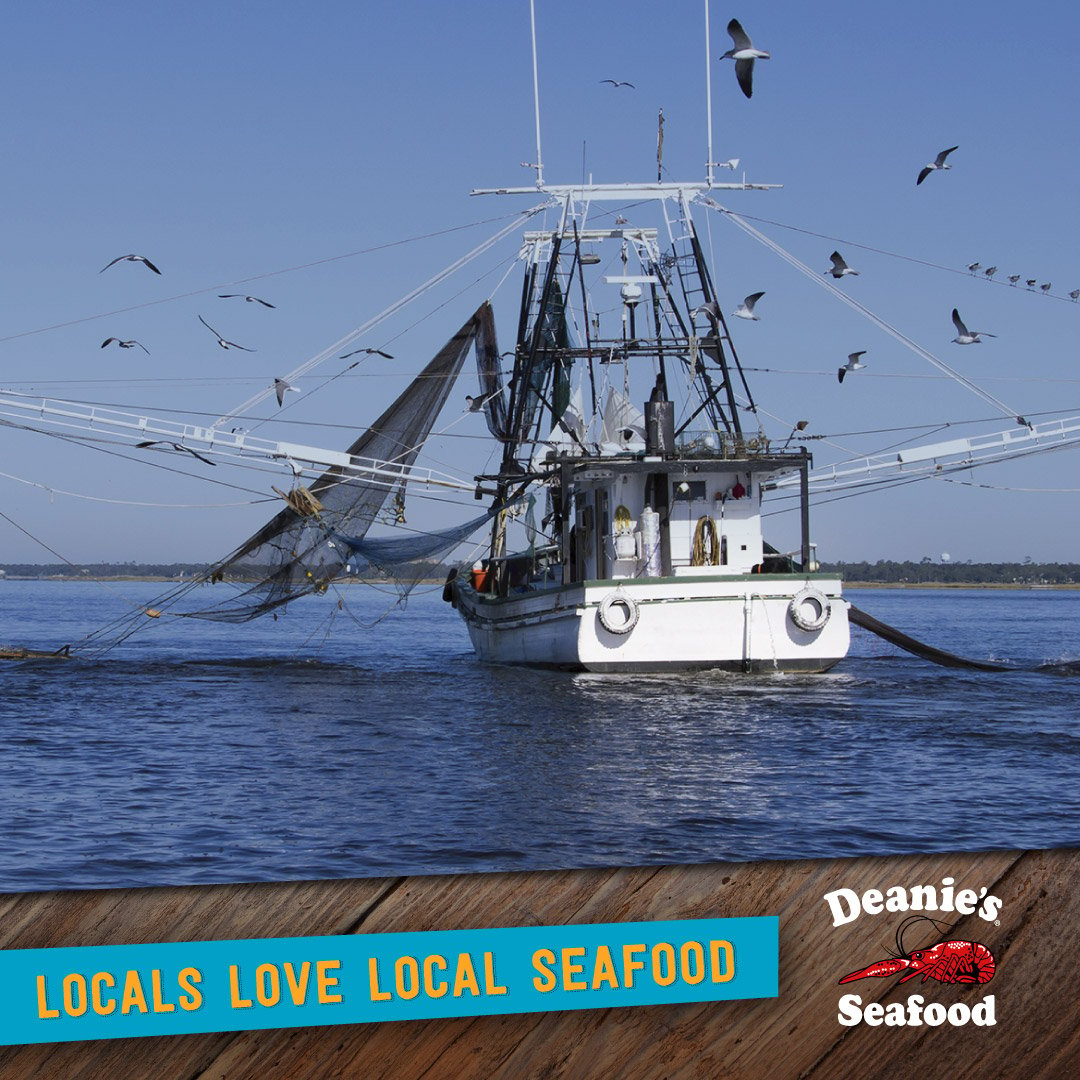 Louisiana seafood is the main commodity for the state and a prevalent part of our culture. The Atchafalaya Basin, where the Atchafalaya River meets the Gulf of Mexico, is a central part of our seafood industry, producing five times more seafood than any estuary in North America. In fact, the Atchafalaya is larger than the Florida Everglades and nesting ground to more than 100 different species of fish and aquatic life, according to the Gulf Seafood Foundation.

Combining the fresh waters of the Mississippi and Atchafalaya Rivers with coastal tidal waters, the Louisiana shoreline contains a perfect mixture of brackish waters, shallow depths, and high levels of nutrients. Some have referred to this combination along the Louisiana Gulf Coast as a biological orchestra, forming an ideal environment for microscopic marine organisms and a breeding wonderland for delicious seafood.

Due to this abundance of species, the commercial fishing industry and ecologists are concerned the recent flooding in the Midwest traveling down the Mississippi River may be detrimental to the abundant breeding grounds of Gulf seafood. All that fresh water—drained from 41 percent of the continental United States—has depressed Louisiana’s landings of oysters, shrimp, crab and finfish in recent weeks and will have a significant impact on fisheries, according to commercial harvest data.

In fact, the Louisiana fishing industry is so important to the economy that the governor signed a seafood labeling bill into law this month requiring food service establishments serving imported crawfish or shrimp to inform patrons that the seafood is of foreign origin.

Seafood as a Vital Part of our Culture

In the United States, aside from the occasional tuna salad or frozen fish sticks, the majority of people are first introduced to seafood in restaurants.

Here in Louisiana, locals have grown up on local seafood, which holds a special place in family gatherings and celebrations – from seafood gumbo to crawfish étouffée to spring and summer seafood boils. There is a sort of pride in enjoying what is caught in our waters by local fishermen working the oldest profession in the country.

Deanie’s Seafood has always procured fresh Louisiana seafood caught from local waters, and that is what has built our reputation for the last five-plus decades. We are grateful to highlight and support the Gulf seafood industry.

A powerhouse in local seafood and “scratch house”, every dish we serve is prepared fresh and made in house using family recipes and the freshest daily catch. Deanie’s  is proud to be a Louisiana seafood ambassador at  our three New Orleans restaurants and seafood market.  We ship Louisiana seafood such as oysters, blue crab, shrimp and live and boiled crawfish to homes across the country from our online seafood market.