The Louisiana Wildlife and Fisheries Commission has instituted a 30-day ban on commercial crabbing due to a decline in the Louisiana blue crab population from overfishing. A year-round ban also began Jan. 1 on commercial harvest of immature female blue crabs, except for those being held for processing of soft shell crabs.

The 30-day ban on commercial crabbing in Louisiana waters runs from Feb. 20 to March 22 and will be imposed annually for three years, ending in 2019. The measure, announced last August, was in response to high mortality rates and low population rates of Louisiana’s blue crab stock. The ban could extend beyond the March 22 end date, based on the status of the blue crab population.

The decision to close crab season during February and March, when seafood is in high demand during Lent, was based on the spawning season of Louisiana blue crab. Crabs begin dropping their eggs during this time, and state officials hope removal of crab traps during this period will help the crab population bounce back. Crab fishing in nearby states is not impacted, and recreational crabbing via nets or fishing lines is still allowed.

The ban on crabbing is impacting the availability and cost of blue crab for restaurants and seafood markets in Louisiana and elsewhere. More than 25 percent of all blue crabs harvested in the United States come from Louisiana waters.

Chandra Chifici, manager of Deanie’s Seafood Market in Bucktown, said the restaurant is still serving blue crab, however the ban already is impacting the price. 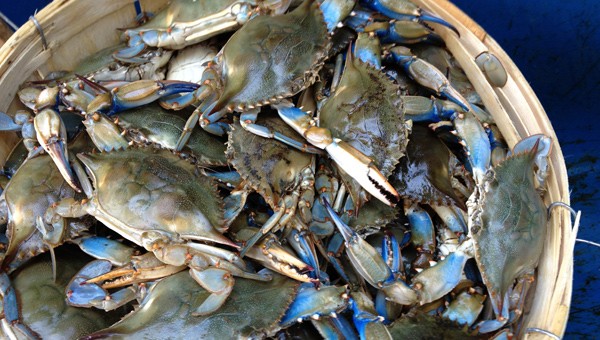 “We hope to continue to be able to source blue crab from neighboring states such as Mississippi and Alabama, however the cost will likely continue to rise until the Louisiana crab ban has ended,” she said. “The good news is that crawfish season is in full swing.”

Last December, the Louisiana blue crab fishery was the first to go through the process to receive the Audubon Nature Institute’s GULF Responsible Fisheries Management certification, aimed to ensure that seafood is responsibly harvested and sustainable. The certification is “based on internationally accepted principles laid out by the Food and Agricultural Organization of the United Nations in its Code of Conduct for Responsible Fisheries and Ecolabelling Guidelines for Fish and Fishery Products,” according to the institute.

During the closure period, LDWF will conduct derelict crab trap cleanups throughout Louisiana waters including the three-mile territorial seas, and traps discovered during the closure will be presumed as actively fishing and considered illegal.