A powerhouse in fresh-from-the-Gulf seafood offerings with two restaurants in New Orleans and a brick-and-mortar and online seafood market, Deanie’s Seafood Restaurants have expanded their restaurant menus to provide a wider variety of options to sample fresh wild Louisiana seafood.

Deanie’s Seafood Restaurant and Market in Bucktown, 1713 Lake Ave., Metairie, also has expanded its hours and now is open seven days per week. (The restaurant had been closed Mondays since Hurricane Katrina.) The Bucktown restaurant also has added a weekday happy hour (Monday through Thursday) from 4-7 p.m., offering half-price appetizers, house wines, draft beers and mixed drinks. Happy Hour will be extended to Friday after the end of Lent.

Deanie’s is recognized as one of the best seafood restaurants in New Orleans (Gambit, 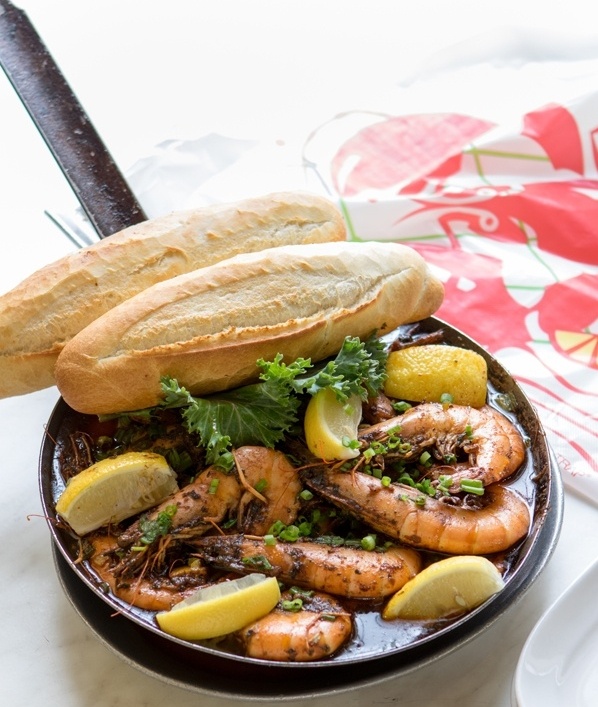 Deanie’s Seafood has been in business for over 55 years and has been owned since 1982 by Barbara Chifici and operated by the Chifici Family, who celebrate their 35th year of operations on April 26. The restaurant’s second location in the French Quarter opened in 2001. Mrs. Chifici and her late husband Frank also operated the former Chifici’s on Magazine Street in New Orleans and Gromboli’s on Veteran’s Boulevard, Metairie, in the early 1980s.

“We are excited to give our customers more options to sample some of our most popular dishes and reintroduce items, such as our crawfish bisque, that are past Deanie’s favorites,” said Deanie’s Manager Darren Chifici. “We also brought in a variety of healthier side options.”

Deanie’s fresh catch, featuring Gulf fish such as redfish, grouper and trout, can be ordered broiled, grilled or fried with toppings such as crawfish etouffee, lump crabmeat or fried oysters. Meanwhile, A Taste of Deanie’s offers a sampling of a choice of three of Deanie’s signature dishes, including crawfish étouffée, crawfish bisque, seafood gumbo, and soup of the day. The new menu also incorporates more items available in Deanie’s Seafood Market in Bucktown, such as stuffed artichokes, available at the Bucktown restaurant location, and calamari wedge salad.

Deanie’s Seafood Restaurants and Market have been known for serving hearty portions of the best boiled, broiled and fried seafood in New Orleans prepared in our signature Creole seasonings for more than 50 years. Deanie’s Seafood was the first restaurant and seafood market in the Greater New Orleans region to have earned Louisiana Wild Seafood Certification from the Louisiana Department of Wildlife and Fisheries in 2014.

Since 2010, Deanie’s has delivered an outdoor crawfish and music festival, Pinch A Palooza, at its location in Bucktown. The 8th-annual Pinch A Palooza Festival and Crawfish Eating Contest takes place Sun., April 23 and features performances by Flow Tribe, Amanda Shaw & The Cute Guys, Rockin’ Dopsie & the Zydeco Twisters, Vince Vance & The Valiants and The Sheik with Ressurection.

Deanie’s operates a thriving seafood market and catering business as well as two successful restaurants in the New Orleans area, the original location at 1713 Lake Ave. in the quaint fishing village of Bucktown (Metairie) and a second location in the heart of the historic French Quarter, located at 841 Iberville St. Our restaurants and seafood market are open seven days per week. The online seafood market is located at Shopdeanies.com.