Featuring Head-on Shrimp in a Savory Blend of Butter, Lemon, Garlic and Herbs

New Orleans always does things a little differently. Even the “barbeque” in the city’s famed New Orleans Barbeque Shrimp bears only a slight resemblance to traditional barbecue found in any other part of the country.

New Orleans Barbeque Shrimp is a local favorite—Juicy, bright and spicy head-on Gulf shrimp smothered in a deep, savory delicious blend of butter, lemon, garlic and herbs & spices. Served with a crusty baguette, a bib and plenty of napkins, our BBQ Shrimp has more than enough fresh flavor to satisfy any seafood lover.

According to local food folklore, the dish came about in the 1950s when a longtime patron came into iconic Uptown Italian restaurant Pascal’s Manale and asked the chef to make him a dish he had tried during a business trip to the Windy City. The chef created a version based on the description provided—shrimp in a buttery sauce with lots of pepper. What he came up with ended up being a fair representation of what the customer had tried in Chicago, only better. It’s been known as an iconic New Orleans recipe ever since. 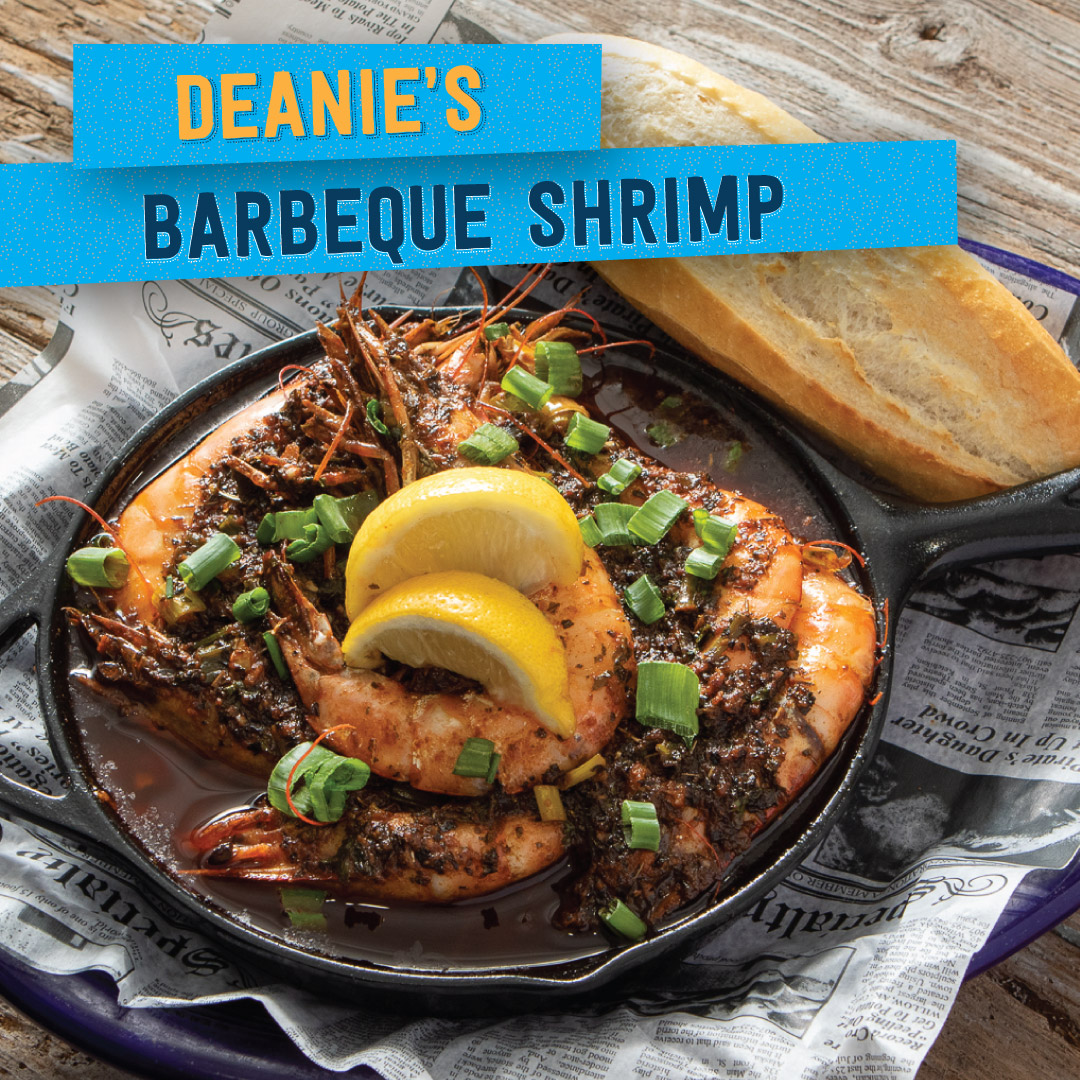 The recipe can be made with peel-your-own head-on shrimp or with peeled shrimp instead. A creamier version of the barbeque sauce makes for a great Barbeque Shrimp Pasta. Similar to an alfredo, the sauce can be made by whipping in cream and parmesan and tossing in pasta.

With Friday, May 10 being National Shrimp Day, and the beginning of a summer shrimp season, we’re offering our own Barbeque Shrimp Recipe to prepare for yourself! You can even order fresh Louisiana Shrimp directly from our seafood market at our online shop, {{cta(‘d13ffdd8-690c-493a-8141-d82f8676f5c3’)}}.

Operating as a family-owned “scratch house” for over 50 years, Deanie’s Seafood serves up huge portions of certified “Louisiana Wild” seafood, prepared in-house with family recipes and our signature Creole seasonings. The first seafood market to open its doors in the quaint fishing village of Bucktown, Deanie’s now operates three successful restaurants with locations in Bucktown, the historic French Quarter and on Magazine Street in the Garden District. Deanie’s favorites include the Giant Seafood Platter, New Orleans Barbeque Shrimp, Boiled Crawfish and Soft Shell Crab. It just doesn’t get any more authentic than this!