7 Things You Didn’t Know About Crawfish

If you live in New Orleans, or just about anywhere in the United States, you know that crawfish is an important commodity in Louisiana. But aside from how to peel and pinch them, what do you really know about crawfish? Whether you are getting ready to enjoy the Louisiana crawfish season or standing over a table piled high with crawfish at a neighborhood crawfish boil, consider testing your friends with these fun, little-known facts about our favorite crustacean.

Here are seven tidbits of trivia as you head into Louisiana crawfish season.

No 1. Crawfish was Spiritual Ancestor of Houma Tribe

The Crawfish was the war emblem of the native Louisiana Houma tribe, whose name is said to be an abbreviation of saktcihomma, which means “red crawfish.” The Houma people honored the crawfish as their totem, the spiritual ancestor from which all members of the tribe were descended.

No 2. Crawfish Ponds & Rice Fields Go Together Like Crawfish & Étouffée 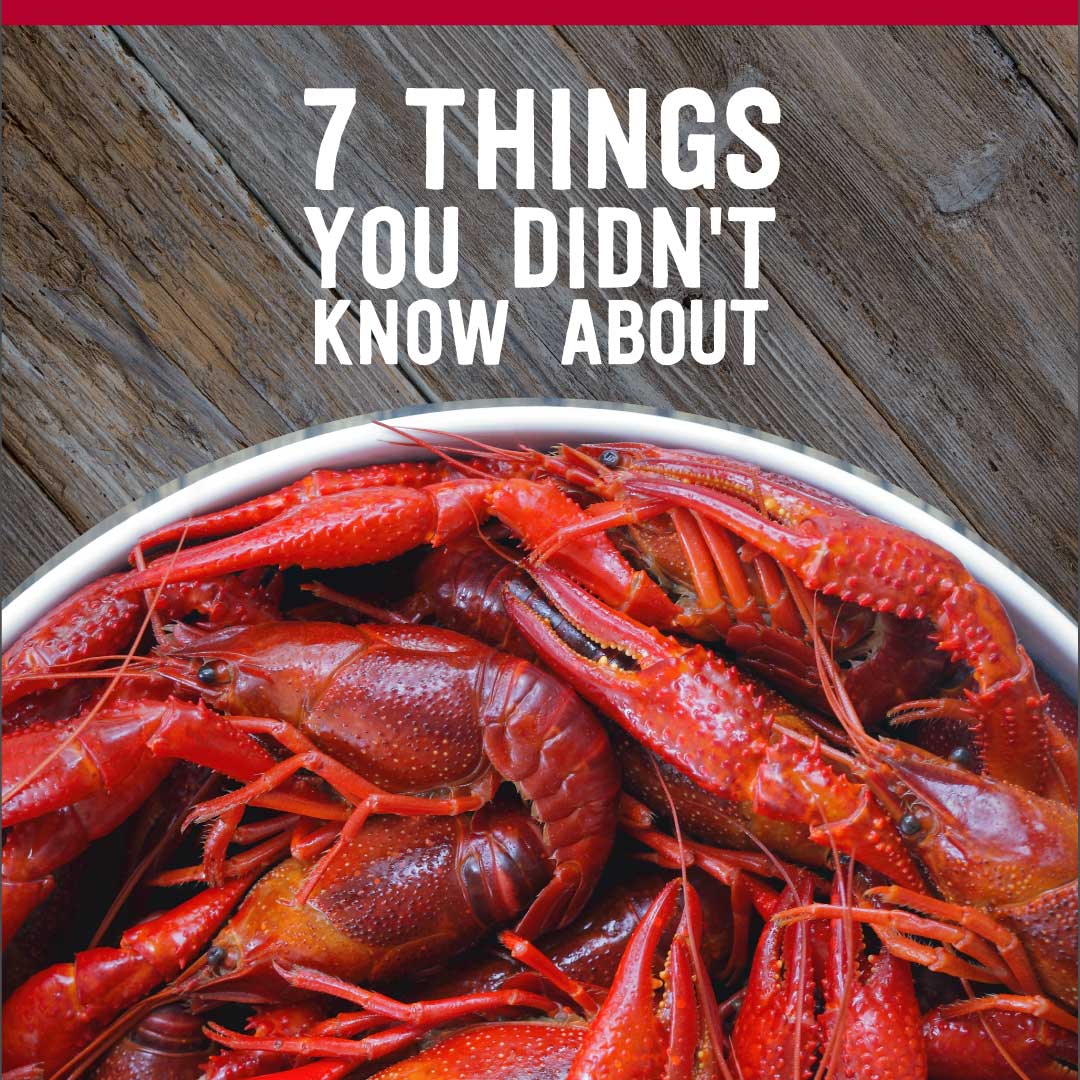 When rice prices declined in the mid 80’s, rice farmers were looking for other ways to supplement their missing income and turned to crawfish. With the guidance of the LSU Ag Center, these farmers learned pond technology and began flooding their rice fields to grow crawfish instead. The introduction of farmed crawfish greatly benefitted the crawfish market,  which had relied exclusively on wild harvests that fluctuated due to changes in water level and weather patterns, allowing for a more consistent supply of crawfish year to year.

Crawfish is packed with high-quality protein. Just a 5-ounce serving of crawfish contains close to 25 grams of protein. They are also gluten free and keto-friendly, allowing them to fit perfectly into a wide variety of diets.

Among the many other edicts that came with the Second Vatican Council in the early 1960’s, Vatican II relaxed the rules to abolish mandatory abstinence from meat except for Fridays during Lent. This decision coincided with the spread of the popularity of eating crawfish and the beginning of a large commercial crawfish industry. It just so happens that Lent and the height of crawfish season overlap, and the practice of Louisiana Catholics observing Lent with seafood on Fridays played a large role in the expansion of the state’s commercial crawfish industry.

No 6. Crawfish are Anti inflammatory & Antioxidant

Crawfish and other seafood including salmon and shrimp contain a carotenoid pigment called astaxanthin, one of the most powerful antioxidants on the planet. This bright red compound is what gives wild salmon and other such seafood their bright pink color. Known as a “supernutrient” due to its antioxidant and anti-inflammatory properties, astaxanthin has been linked to healthier skin, endurance, heart health, joint pain relief, and may even have a future in cancer treatment.

Researchers have studied drunken crawfish to better understand how alcohol can induce behavioral changes. These researchers are using the crawfish’s large and easy-to-study nerve cells to study the effects alcohol has on the body at a molecular level.

Deanie’s Seafood has a long history of offering some of the best crawfish in New Orleans, serving over 30,000 Ibs. of boiled crawfish annually at its restaurants. Louisiana crawfish prepared in Deanie’s signature season mix can be ordered at any of our three restaurant locations. Pick up live or boiled crawfish at Deanie’s Seafood Market in Bucktown, or get {{cta(‘f96247b9-3d04-4fd5-a042-8fc73a8327f4’)}} from our online market, Shopdeanies.com.

Need a few pointers on how to peel crawfish? We’ve got your step-by-step guide on how to eat crawfish. Happy Crawfish Season!